1080 HD I insert a special gag into slave FluffyÂs mouth. He is cuffed, face-up, on the floor. Today I am going to start his toilet training and he is not going to like it. Even if he hates what I do to him I plan to keep going. ItÂs always hard at first, but eventually, IÂll break him in. I actually have a lot of patience. His job today is to learn to drink everything with no mess. His mouth is no longer for speaking. He is becoming just a vessel for My piss. (7:24 long)Clip Contains: Madam Director, Lola, Female Domination, Toilet Slavery, Pee, Piss

I'm completely naked. my legs are open wide. I mix it into a bowl very loudly. now I take a brush and boldly penetrate the pussy. it's nice. super close-up you can see how I caress the pussy with a brush. I pulled out a brush. I like that - she smells good. 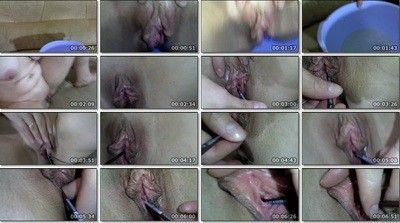 When this woman arrived home, the first thing that greets her is the sight of her stepfather with a rope contraption nearby! Before she could do anything, it is placed in between her legs and rubbed tightly against her crotch! This puts her in a lot of pleasure, causing her to moan at the top of her lungs along with wetting herself! Apparently, she is gradually peeing herself from the unbearable amounts of pleasure! As she gets wetter, the guy later takes off her lower garments to expose her pussy and finger fuck it fast, hard, and deep! During the process, he would repeatedly serve his fingers inside her mouth for her to suck clean!

Upon arriving home, this woman is greeted by the sight of her stepfather with a rope setup on the staircase! She has no idea what he is doing, but before she could ask, he starts implementing his malicious plans and it involves her! He puts the rope with multiple knots on between her legs and rubs it against her crotch! With the overflowing pleasure, she couldnÂt help but moan at the top of her lungs along with wetting herself! ItÂs a mixture of her vaginal fluids and pee from accidentally relieving herself due to the unbearable amount of pleasure! As she gets wetter, the man later takes off her lower garments, exposing her pussy and finger fucking it fast, hard, and deep! He would then repeatedly serve his drenched fingers inside her mouth for her to suck clean! When the man has had enough, he has her suck his cock! However, while she is busy doing so, he urinates down her throat, causing her to swallow every single drop! By the time he empties his bladder, he concentrates his attention on rubbing the rope on her bare clit, exposing her to a lot more pleasure! She couldnÂt help but moan at the top of her lungs, but it only makes everything more enjoyable for the guy! So much, that he doesnÂt stop until the lady squirts and wets herself!

A goddess doesn't sit on a cold toilet seat to go, she sits on a beta's face and pisses in his toilet mouth!! Here are two of my pissing clips--in the first; my toilet slave receives several golden mouth fulls, then I walk off and leave him (until next time!). The second; I piss several times into my toilet cuckys mouth, then wipe my pussy clean using his pathetic face. I verbally mock him for being such a PATHETIC CUCKY LOSER... I regularly fuck my stud's huge dick, then piss in my cuck's mouth, how pathetic can you be? Totally degrading my little bitch turns me the hell on, however...so I end up fucking his face (asshole right on his nose) until I orgasm, then wipe THAT on his face too!! Just to add humiliation, I place my foot right on his face in victory and to show ownership. he's my property. And verbally mock him even further. P-A-T-H-E-T-I-C!!!

What do you do when someone is in the bathroom when you want to pee and you have to wait a long time? The cute Asian women who appear here are embarrassed to pee in public. 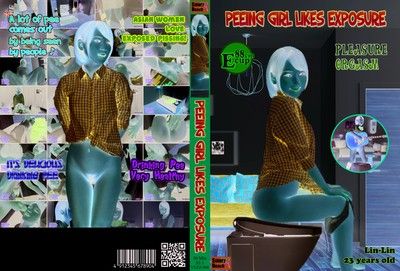 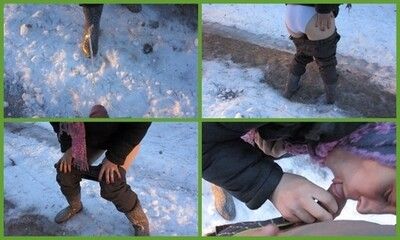 My friend Mistress Gaia and I dress today in the role of two particular witches: the potion we prepare for our guinea pig comes directly from our interior... We have two really full bladders and we can't wait to fill this slave with ours piss. He is lying naked on the floor, the mere thought of enjoying our nectar already visibly excites him, but we start slowly by making him try our spit to begin with. Then off the panties and I immediately position myself on his face to empty myself directly in his mouth. Meanwhile Gaia fills a container with at least half a liter! I stand up and leave room for Gaia who begins to empty the container into his mouth, the slave begins to slow down his: we are filling him and his belly is swollen even if he justifies himself by saying that he wants to taste the sweet nectar... In the end he finishes it all, we step on his swollen belly a bit with our heels and make him finish on all fours and lick the leftovers off the floor.

At this point, the woman could no longer release any more, but she isnÂt completely done with the man just yet! What she does next is sit on his face and serve her pussy in his mouth for him to lick and devour it to the best of his capabilities! While she is on top, she grabs his dick and concentrates her attention on a handjob! With every passing second, she gets more passionate and aggressive, introducing the guy to more pleasure as the situation progresses! As a matter of fact, she gets a little bit too carried away that the only time she is able to stop is after she manages to make the guy orgasm!

This one is an extreme sadistic clip. Firstly, Mistress Alexis Releases her golden nectar into a glass, filling it up to the top . Then she orders her slave to lay down in her bathtub so she can release more fluids on him. She starts by going directly over his face, releasing nasty filth all over him. Once she urinates on his face, he thinks itÂs done there, but heÂs wrong. Mistress Alexis then shows him the glass full of urine sheÂs been saving for him to drink. She puts a water bottle funnel into his mouth and begins to pour her golden nectar all into his MOUTH for him to DRINK. The slave starts struggling and gagging extremely as he canÂt drink it all in one piece. He wants the torment to stop but Mistress Alexis keeps going, not showing a hint of remorse or mercy . Once ALL of the golden nectar has gone down his throat, she ends the clip by spitting into mouth. What a wild video this one is, Enjoy.

After doing her classmate a favor, he doesnÂt appreciate it and even asks her for more! That infuriates the lady, causing her to quench his thirst the only way she knows how! She throws him on the floor, takes off her lower garments, and then urinates directly into his mouth! This made sure that every last drop of piss goes down his throat, consequently drinking everything! 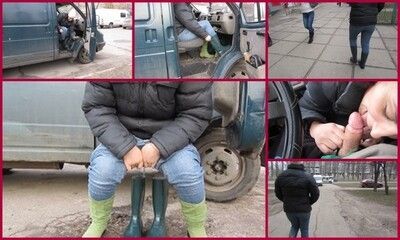 Beautiful 28-year-old tanned mistress, beautiful big breastsAnd my penis is shaved with a 60-year-old white urinalThis is my filth, and pigI'm squatting on the tub, and poop isLay underneath you will see my big boobs and my vaginaAnd I piss a lot on my white pig stain hihihiWell see you my yellow squirt coming out of my pussyThis is a cute pee video