Today Eva has a super fun but thrilling challenge: to stay in a hotel room all day and pee all around it! She just loves to pee everywhere and be so naughty but itÂs dangerous as she might get caught... ooooooopssss. She will pee no less than... 9 times...Episode 1: As soon as she arrives, she picks a hotel stool and shamelessly wets it. Then she changes to a fishnet catsuit which leaves her pussy open to make a big puddle on the green hotel carpeting... Will this dry until the maid comes? 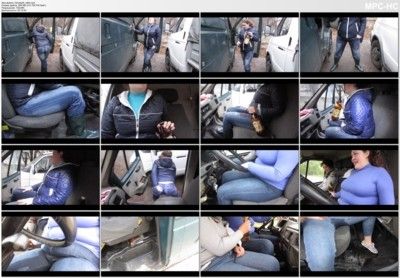 After releasing on her leather pants (see part 1), Eva puts the pants and high heels back on, feeling her bladder is full again. She's ready to empty her bladder one more time, so she leaves the wet pants on, squats and lets the yellow shower flow through the fabric. Drops of liquid fall from all over her ass, wetting the leather pants amazingly! At the end, she touches herself through her wet pants. Hottt !

Eva is topless in her leather pants and high heels, chilling on her couch, reading a book and smoking a cigarette. She soon gets kinky and starts touching herself by gently sliding her naughty hand under her pants. Such sensual touches get her hornier and wetter to a sweet silent orgasm. But naughty thoughts keep coming to her mind. Such as satisfying her urge to release in the leather pants. So she takes them out, squats over them and releases a strong stream all over them. The puddle extends, covering and surrounding the pants. An amazing closeup of the mess ! 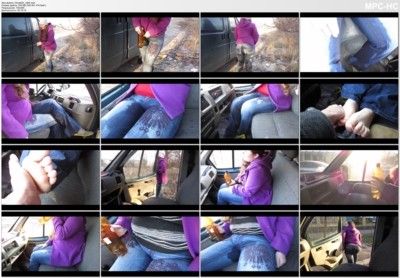 WildEva cannot help it on vacation either. She has to empty her bladder in the hotel room, to leave her mark anywhere she makes a booking. So watch this short clip of her wearing her swimsuit and releasing standing on the wall of her beach hotel room.

129077 - Mistress Kytana and Andreea big surprise for their toilet

After making their slave a personal ashtray, Mistress Kytana and Andreea felt like urinating. Having the personal slave at their disposal, they thought of abusing him and humiliating him. They made him hold a bowl in his hand and peed in it, not letting him touch their divine liquids. Next Mistress Kytana obliged the slave to hold a funnel in his mouth while she poured it from the bowl on his throat. Then they made him turn his ass and put the funnel in his ass, humiliating him and peeing in his ass. As a final surprise, they called another male friend and all of them made fun of him, making him everyone's toilet. Great triple humiliation ! 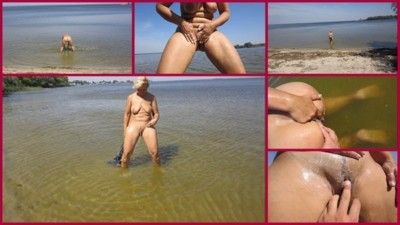 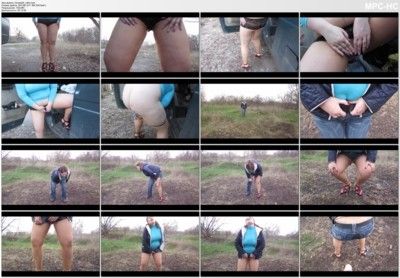 Fresh urine after a morning cup of coffee with floating granules of thick semen !!!A short and rather surreal video about our sexy gags!At the end of the video, there is also a regular version of this clip!

Goddess Eva smokes in front of your pathetic being, totally disgusted at the sight of your dicklet, the tiniest in the whole world. She laughs and tells you how inferior you are, not being allowed to touch even her stockings, not being able to attract any girl in this world unless if sucking her high heels. The only things she wants to do with you after she finishes her cigarette are to spit on your small penis and then pee on it, which she does happily to show you what you deserve.

After having thoroughly enjoyed nothing is more satisfying than a long piss!My pussy is still throbbing with pleasure and peeing is like a slow and pleasant extension of orgasm.

Short clip, but hot. These two teens piss in bathtub in the classic frontal view with toes in focus. Two hot bodies too. And if you like farts...well, you will love this clip. ;) [1:22 mins]

Hi Suckers! This is one of my first successful video clip published here, mighty italian Mistress Valeria Valkiria! Enjoy my videos! Look how I train my future human wc to drink my sacred pee!

I'm very excited. caress the chest. I caress my pussy with my fingers. I put my panties in my pussy and piss with a strong stream. my underpants get very wet. I show cowards close-up. I open my pussy very wide. 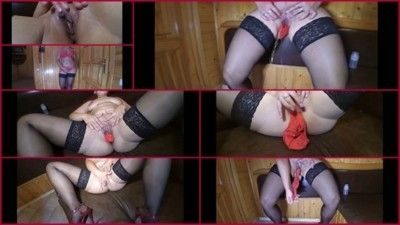 I write nylon on me in pantyhose and ditch in the urine. I`m excited.Now I wear a dress and nylon, high heels. I squash my friend`s high heels. I am mixing nylon over my friend. This is a stunner. 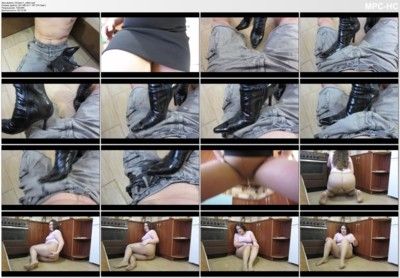 I will now turn my rubber sissy into a golden shower toilet! First the funnel will be fixed and pushed into his mouth and then I will stand with my legs spread over the funnel and just let it run! My piss runs directly into the mouth of my toilet and the sissy bitch has to swallow everything! There is no way out. Every drop must be swallowed!

After a long evening spent having fun in a party organized by a friendly Mistress, I return home with a bladder full of all the drinks my slave has spoiled me with.I can't help myself, I have to piss.I look at the empty garage and, knowing that someone might come at any moment, I feel excited.I don't wear panties, not anymore.I just have to lift my dress and think how much I would like in that moment to have a slave ready to clean all my pussy and my squirted legs