After the man strips, the ladies proceed to take turns peeing inside a glass bowl! They then put it in front of the guy and wash his feet with it! Before long, the women start filling up another bowl with their urine, but this time, they give it to the guy and have him drink it all!

Customer isnÂt too polite with these two waitresses so they decide to take revenge! In front of him, the two ladies piss into his glass and fil it to the brim! They then put him in front of him and order him to drink all of it up! He may have put on a tough faÃ§ade earlier but now that the ladies are the ones ordering him around, he immediately abides without so much as a flinch! He serves and gulps down every drop of piss there is in his glass whether he likes it or not! When it is completely empty, the women make him suffer even more by refilling it again and having him swallow a second glass full of their urine! 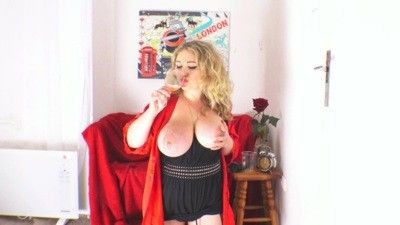 Mistress Amrita`s human toilet!Slave Maskenjoe is tied by Mistress Amrita to the Facesittingbox and used as a toilet. The natural sadistic Japanese mistress sits down on it and pisses his face and mouth full. Maskenjoe has no choice: he has to drink her piss. As a reward, he is then finally milked by the mistress hard and squirts off like a catapult.

Woman brings her friend over to her home, but instead of treating her like a regular guest, she overpowers her and turns her into her slave! Apparently, the lady fell into her trap and now has to suffer under the dominatrix! At first, she gets urinated on her face and in her mouth, leaving her with no choice but to swallow every drop! Shortly after, she is laid on her back and ****** fed with the dominatrixÂ pussy, causing her to lick and devour it against her will! The woman spends a generous amount of time on it and she gradually gets more aggressive with every passing second, causing her to smother the victim in different ways she could think of possible! Eventually, she starts to feel the urge to piss again and this time she does it directly into the slaveÂs mouth, consequently leaving her with no choice but to gulp down every drop of urine!

I have been waiting for the right timing to ask my big butt girlfriend to poop for me, and not gross her out before I expose her big butt. I was driving her home the other night when she told me she had a dirty thong to give me because she had wanted some extra money for her upcoming birthday. I smiled and told her I could sell her panties, but she needed to do something else for me. I told her I wanted her to try to film her pee and poop for me. I wanted to start slow and get her to pee first for me, and then take some sexy striping pictures. I could tell by the end when taking pictures of her pussy that she was getting creamy being naughty for me. I left her with instructions to record her bathroom moments and bring to me at the end of the week. I hope you enjoy watching my shy big butt girlfriend, Ashley, go pee for and then strip out of her dress taking sexy pictures with me. After we finish taking pictures showing off her big butt, I have to go pee and use her toilet for the first time. I had a fun day starting the process of exposing my big butt girlfriend. Watch Ashley go pee for the first time and then show off her pussy, ass, asshole, armpits with me through 182 Pictures included at the end of the video.

How nice it is during the Christmas season, when you get back into mood. Also I like to bake and make cookies every year in abundance. Since it can happen sometimes that my slaves are rewarded. My slave was once again very obedient and obedient, so he gets a plate of cookies, with my delicious pee directly from the source. Of course, I piss the plate pretty full, so he also has something of it. Bravely my slave eats on the cookies and sips my pee soup empty. That is a good slave. 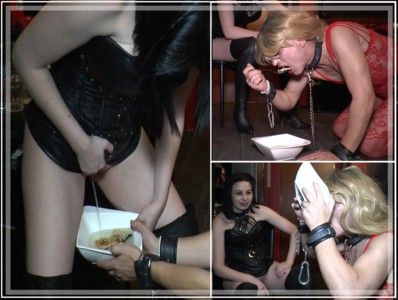 Follow me and enjoy watching my pussy while I piss. I love having you think about my sexy body going to the bathroom and peeing. Stare at my sexy pierced pussy as I pee in the toilet several times and outside on carpet.

Melissa is on vacation in the mountains in Transylvania and today she goes into the woods where she makes a very nice clip for you, slaves. Look what a wonderful place he found to pee. Are you ready to stand under and open your mouth?

Are you ready to get a sexy shower with a nice piss with Nicoletta? Today is Sunday and Nicoletta is ready to take a shower ... you can spy on her while she undresses and shows you her beautiful and natural hairy pussy and then her beautiful fat hips ... while before entering the shower she sits on the bathtub and piss like never before! Wow! A nice voyeur video ready for you!

From strong streams of my golden nectar urine streaming out from my vagina, to pissing all over the toilet bowl sprinkler style! Or perhaps you enjoy seeing a womanÂs pee running down her buttocks? In Toilet Pee 3 you are in for a treat as I cover all these basis for you! DonÂt forget to check out all my other awesome pee videos. For hard sports fans who enjoy scat I have good news too. Check my store for all my pooping videos, yes I even shit in my slaves mouths and make them eat it! xoxo

A beautiful sunny autumn day in the forest cottage! I am walking around the meadow in jeans and rubber boots, playful and naughty. And when I feel my bladder is full I am eager to empty it`s content right in my jeans and down my rubber boots! Oh, what a pleasure is to feel your own pee running down your jeans legs, filling your boots and wetting your socks! What`s better? Your boyfriend`s abundant pee shower on your jeans covered butt! Watch me soaking wet in the open in 4K super HD quality! 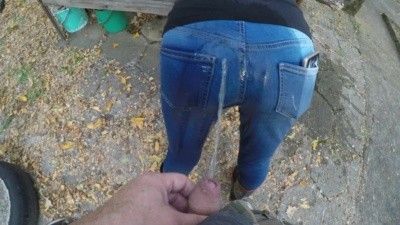 The urine flowing from my vagina is indeed the fluid of life. Those who drink my urine always say in any case it is tasty and pleasant and gives a lot of pleasure and orgasms! I know that everyone who watches a pissing woman enjoys it! I love pissing for you, knowing you're watching it happen in front of your eyes. Sometimes I urinate in strong and steady streams, and other times I urinate in small portions beautifully and sexually.